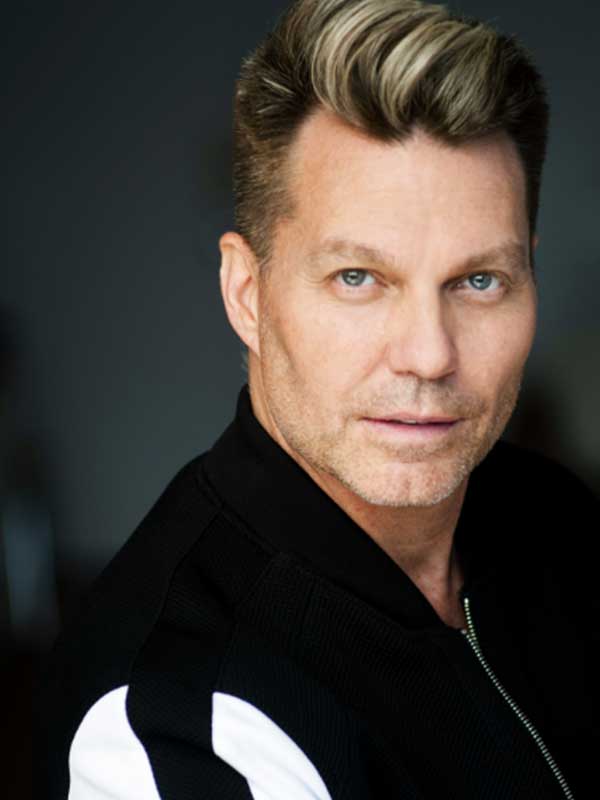 John is honoured to be a member of the Association of Acting Coaches and Educators. A group of respected professionals who are actively working to make creative spaces safer for actors of all ages and levels of experience. The AACE vetting committee and the steering committee is comprised of ACTRA, CAEA, The CDC, The EIC, TAMAC, Got Your Back, Acting in Good Company, and Keep Actors Safe.

He has had the opportunity to work extensively in the U.K., the United States and Canada. Thanks to his holistic approach to working with actors, his clients are flourishing in their respective markets.

“So often really great artists come to me, but they have no idea how the industry operates. So, I give them the tools and knowledge to make their artistic side profitable. On the other end of the spectrum, I have great business minds come to me to develop their artistic abilities to match their level of marketing savvy. You must master both sides for your career to have traction and longevity”

We asked John’s former clients to sit down and tell us what their experience was like working with John.

John is one of the most sought-after coaches for audition coaching, self-tapes and working with young actors who are attending showcase events all over the world. He often writes original materials for actors of all ages catering to each actor’s own individual abilities.

He is also a founding board member of the Act-On Ability Foundation, which provides free acting classes to actors with disabilities, and educates industry leaders about ablism in the Television and Film Industry as a whole.

John first started performing professionally at the age of 7 in various circus venues as a clown and variety entertainer. He learned everything from riding unicycles, walking the tight rope, acrobatics and later the trapeze. John was introduced to circus life by his late grandfather who was an artist with the Ringling Bros., Barnum and Bailey Circus.

As a child performer, he was spotted all across the Pacific Northwest, until he joined his first National Tour at the age of 17. John was named one of the top 40 most influential people in the arts under the age of 40 while he was still a junior in High School. With an impressive resume at the age of 18, John moved to New York City and attended Marymount Manhattan College on a Merit Scholarship, double majoring in Dance and Theatre.

John was a featured performer on Carnival Cruise Lines where he was in the nightly variety shows and was able to travel the world.

John returned to New York City at the peak of his dance career, choreographing 3 Off Broadway Shows, and was commissioned by the United Nations to choreograph a new musical being brought over from Turkey. His musical theatre career highlights include Stephen Sondheim’s, Follies starring Maxine Andrews (Of the Andrews Sisters), Denise Darcel, Judy Kaye, Karen Morrow, and Edie Adams. He also toured with John Schuck and JoAnne Worley in the hit musical, Annie, and Camelot for the 5th Avenue Theatre. On the east coast, he was featured in Cathy Rigby Is Peter Pan, and he starred as Peter in the newly revised script of Babes in Arms. John starred opposite Broadway Star and TV personality, Cheyenne Jackson in the West Coast Premiere of Babes In Arms.

Since then John has produced, directed, choreographed and collaborated with Ashanti, Wyclef Jean, and numerous other talents for everything from product launches to publicity stunts. 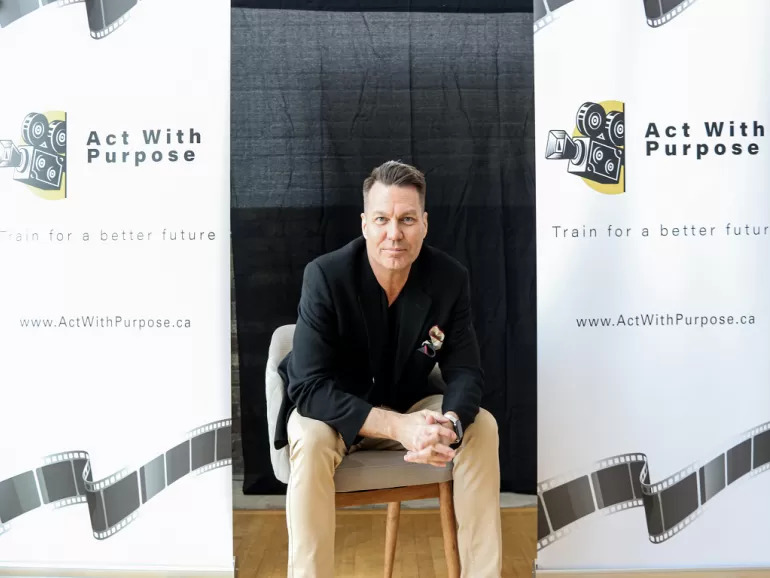 BIO:   John is honoured to be a member of the Association of Acting Coaches and Educators (AACE).  He has had the opportunity to work extensively in the U.K., the United States and Canada. Thanks to his holistic approach to working with actors, his clients are flourishing in their respective markets.  John’s unique perspective combines a healthy dose of business coaching and artistic guidance.

John is one of the most sought-after coaches for audition coaching, self-tapes and working with young actors who are attending showcase events all over the world. He often writes original materials for actors of all ages catering to each actor’s own individual abilities.

1. WHAT WAS YOUR JOURNEY TO BECOMING AN ACTING TEACHER/COACH?

Coaching actors came to me after retiring from my professional performing career. I was living in Miami, Florida, and I found an ad looking for an acting coach. I started off as a substitute teacher and thanks to the kids going to management and asking for me to be their permanent teacher, I was made the academy director within 4 weeks.

In a very short amount of time, thanks to my connections from my professional career and my coaching abilities, I began to see my students on TV and in major film projects. For me it just seemed like a calling.

2. WHAT ADVICE DO YOU HAVE FOR ANYONE AT THE BEGINNING OF THEIR PERFORMANCE CAREER?

If you don’t have a map of what you want to achieve, how will you know when you’ve reached your destination?

By highlighting these goals on your calendar, it can be a great motivational tool as well.

3. HOW IMPORTANT IS IT FOR TALENT TO HAVE A DEMO-REEL?

I do think it’s important.

But it’s more important to keep it updated.

If your reel is made up of scenes you did in a class 3 years ago, and that’s what you are showing casting, you might be shooting yourself in the foot. Haven’t you grown as an actor in 3 years?

Make sure you are putting your best foot forward. Not just throwing some scenes together because you were told you need a reel. Always focus on quality.

Also, don’t over edit your reel. Casting wants to see amazing acting not transitions and editing.

4. WHAT'S THE BIGGEST MISTAKE THAT PERFORMERS MAKE WHEN AUDITIONING?

A professional actor will come to a coaching or a self-tape session FULLY PREPARED. That means more than just the lines being memorized. You should have done some script analysis, character development, and have a printed copy of your script with all of your choices and markings for me to review.

When actors show up who are not off-book and have done absolutely no research I am reduced from being an acting coach to being a study buddy.

Preparation gives you confidence, and auditioning is a game of confidence.

5. ARE THERE TIPS THAT YOU GIVE TO STUDENTS TO HELP THEM STAND OUT IN THEIR AUDITIONS?

When I was contemplating what I wanted my studio, Act With Purpose, Inc., to reflect, I kept coming back to my style of coaching.

Once you understand your purpose, you will be able to play freely within the constructs of the story you are telling.

6. WHEN PLAYING A NEW CHARACTER, WHAT ARE TWO QUESTIONS A PERFORMER SHOULD ASK TO UNDERSTAND HOW BEST TO PLAY IT?

How do you relate to the character?

The best acting is when we bring a piece of ourselves into the performance. I think that is why so many people confuse actors’ on-screen personalities, with who they are in real life.

A great example of this is Lily Tomlin, in The Search for Intelligent Signs of Life in the Universe, by Jane Wagner. Each of the 12 characters she played had something that she dialed into, which made the mannerisms, speech patterns and overall performance grounded and believable.

How do the other characters perceive me?

We are all struggling with how we are perceived.

The shy girl in class is accused of being stuck up because she won’t talk to anyone.

The jock is assumed he is a womanizer when he is trying to come out of the closet.

The woman who is not taken seriously in the board room because she is sexy.

How we are perceived by others affects how we interact with the world around us.

7. WHAT IS A BIG MISCONCEPTION THAT THEATRE PERFORMERS HAVE ABOUT FILM ACTING AND VICE VERSA?

Don’t let your ego take over.

I don’t think it’s necessarily a misconception, but it is a funny circumstance.

Stage actors always act like they are doing a big favor by crossing over to the big screen. Similarly, film actors always feel like they’re doing the live theatre circuit a service by gracing the stage with their presence.

The bottom line is that both actors serve a very important cause. The stage actor brings a different work ethic, character development and audience to a film project which can be crucial and film actors appearing in live theatre bring in box office revenue that help subsidize the production.

8. WHAT ARE TWO CHALLENGES ASSOCIATED WITH BEING AN ACTING TEACHER/COACH?

Managing Client Expectations – Many times actors will see my clients booking and think that by booking me once…or maybe even a couple of times that they will begin booking too. Everyone is looking for a shortcut. But the bottom line is no one can do the work for you. You must do it. The reason a lot of my longtime clients book so much is because they know what I expect of them. Success is in the preparation, not in who you choose to shoot your self-tape with.

Actors Undervaluing Coaching – Agents understand the value of audition coaching, casting directors understand the value of audition coaching, but for some reason actors think they can navigate things on their own. I can’t tell you how many auditions I have saved because the actor thought they understood what was happening in the scene only to find out they were way off!

9. WHAT CAN CANADA’S ENTERTAINMENT INDUSTRY DO DIFFERENTLY IN ORDER TO GROW?

Government officials, ACTRA and the CDC need to work with the American production companies and studios to create more of an opportunity for Canadian actors to be seen for larger roles in the projects being brought up from the United States.

I’ve been blessed by many.

Diane Lacker – My high school theatre director, had a huge impact on me. She taught me compassion and to see the actor for the person they are not the actor they are.

Bret Alans – A world class magician, taught me a lot about how to handle large live audiences and criticism. He taught me to always take everything as a compliment. It really disarms people.

Juliet Prowse – Taught me to believe in myself when she picked me out of a chorus number in Stephen Sondheim’s Follies on tour. She chased me down at the opening night party and asked me to join her in Vegas for a production of Sugar Babies starring Mickey Rooney.

Eric Morris – My first acting coach and quite arguably the biggest influence on my coaching style. I was his youngest student at 13 and he made quite an impact.